Gujarat Lions is one of the two new contender in IPL which played their first season in 2016. They would probably play their last IPL in upcoming season. Despite being a new franchise team, they were one of the most entertaining team in last season of IPL. Basically, they participated in IPL by replacing a team which was suspended for two seasons. So, according to the news, they could play just two seasons instead of the old team. Now, they would probably ready to compete in last season of IPL where they will play their first match against Delhi Daredevils in 6th April, 2016 at Delhi. 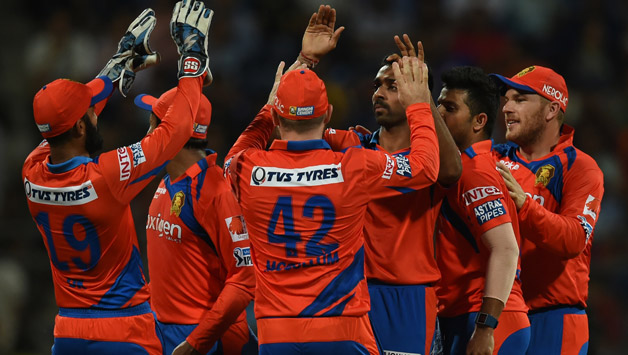 However, Gujarat Lions went to the playoff stages in their inaugural season of IPL but failed to take the throne finally. They finished with 3rd position in last IPL. The team is representing the city of Rajkot, Gujarat, India and Intex Technologies are the franchise owner of the team. According to the last season, Suresh Raina would be announced as their captain and Brad Hodge is their head coach. However, they yet to finalise their ultimate team squad because their players auction has not staged yet. But, they could bring just some change in the current squad. Here we provide their current team squad based on their last season. As soon as the final team squad will release, you can see the update here.

Gujarat Lions has some top quality players in their current team squad consists of McCullum, Finch, Bravo, Faulkner, Ravindra Jadeja, Karun Nair and some others. Most importantly, their overseas players are high profiled. All of them used to play in different league cricket in home and abroad. Finch, Bravo, Faulker, McCullum is still playing in current season of Big Bash and doing their job very well. In last season of IPL, five batsmen from Gujarat Lions made over the three hundred runs where their skipper Suresh Raina scored highest 399 runs, Finch scored 393 runs and McCullum scored 354 runs so far. Other two players were Dinesh Karthik and Dwayne Smith. Excluding Karthik, all of the would play the next season of IPL with Gujarat Lions.